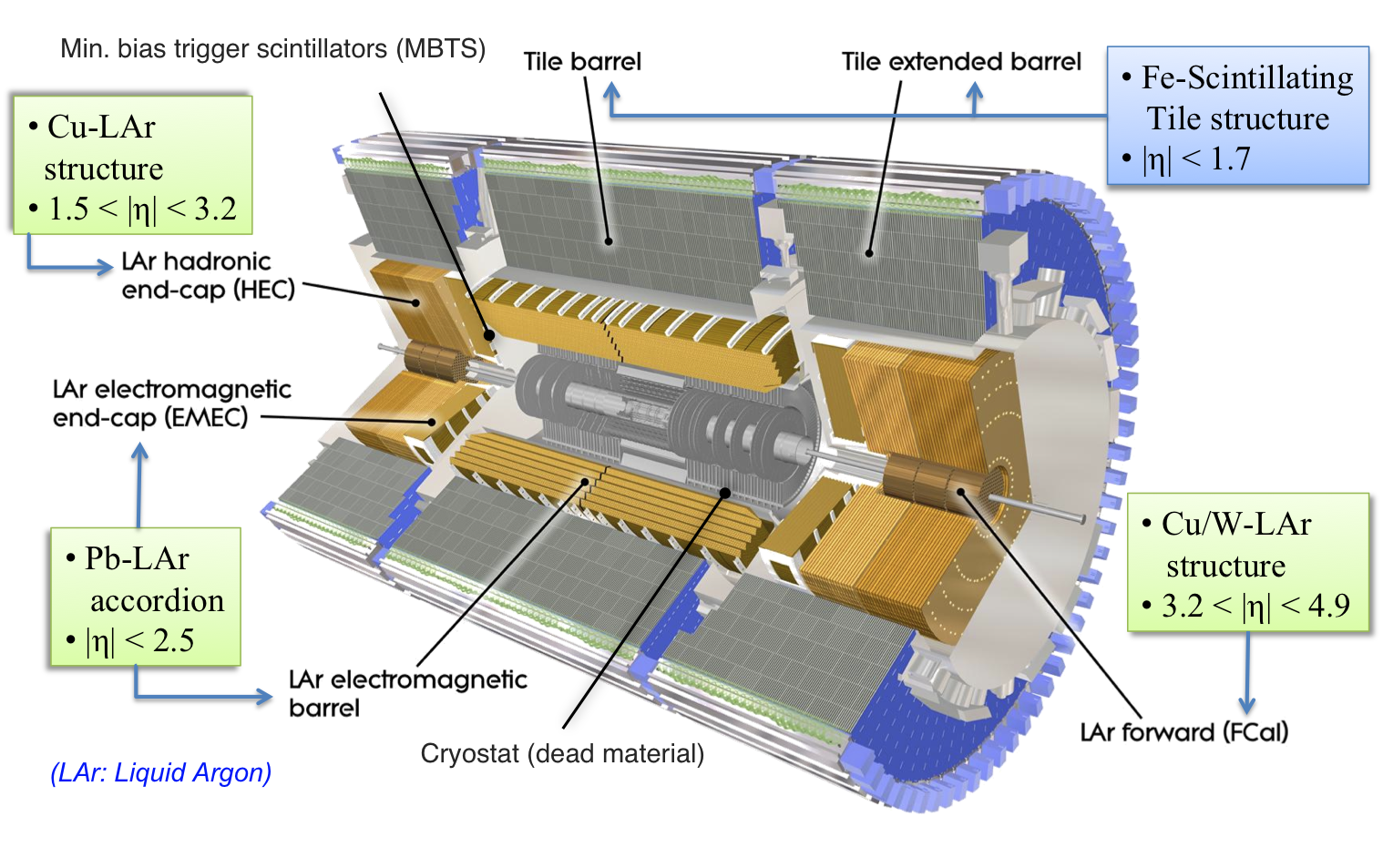 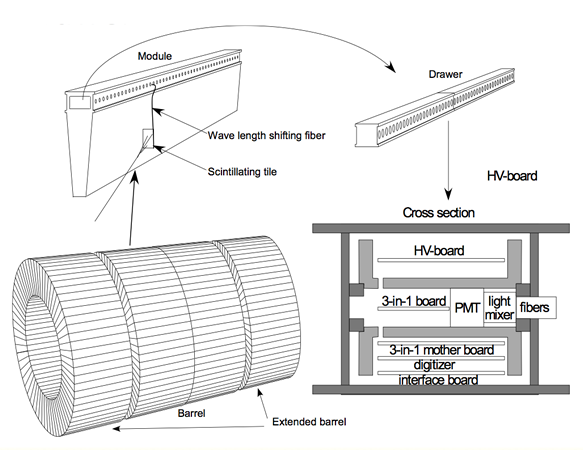 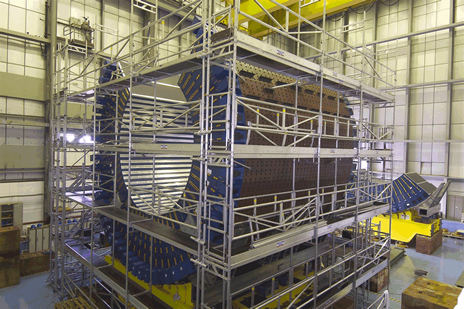 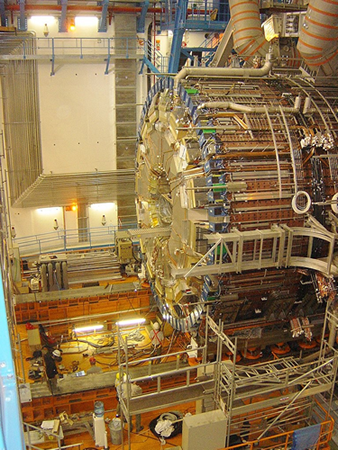 The Tile Calorimeter is essential for measuring the energy and direction of the quarks and gluons produced in the collisions. These appear in the detector as jets of charged and neutral particles. The calorimeter consists of a fine-grained steel matrix with 430,000 "tiles" of plastic scintillator dispersed in the matrix. Optical fibers from the tiles are grouped into 5,000 calorimeter cells, whose signals are detected and recorded by 10,000 photomultiplier tubes and associated readout electronics. Signals from each photomultiplier are digitized every 25 ns and processed with dedicated electronics to obtain energy and time measurements.

The overall detector consists of a 6-m-long barrel section of 64 azimuthal sectors together with two "extended-barrel" sections, also 64 sectors each. The calorimeter was assembled in the ATLAS collision hall in 2004 and the first signals from cosmic ray muons were logged in 2005. Since then the detector has been commissioned using cosmic rays and brought into full operation, together with the other ATLAS detector systems. The first beam-beam collisions in the LHC occured in late 2009 and the first production operation at a center of mass energy of 7 TeV began in March 2010.

The Chicago group is responsible for the calibration of the readout electronics and participates in the maintenance and operation of the calorimeter as a whole. The design luminosity of LHC is 1034 /sec/cm2 but it is planned to increase by a factor of five. It will be important to upgrade the front-end electronics to cope with the higher radiation levels and to take advantage of technology improvements since the time of the original design. We are currently involved in R&D associated with this upgrade.