The physics questions pursued by the UChicago ATLAS group involve precision measurements of the Standard Model, elucidation of the mass, couplings, and quantum numbers of the recently discovered Higgs boson, and searches for new exotic forms of matter, including Supersymmetric particles and Dark Matter. These efforts build on the significant roles that the group plays in the instrumentation of the ATLAS detector, as well as the Monte Carlo and ATLAS software tools developed by our group in earlier years. Understanding the trigger systems and the physics objects used in analysis (such as jets, heavy flavor tagging, and tracking) is crucial for making unique impacts in the measurements and searches that we conduct.

The UChicago group has focused on several related areas of physics which are integral to both the early operation of the detector in Run 2 as well as the long-term sensitivity of searches and the precision of measurements of the Standard Model. These areas include the calibration of the jet energy scale, measurements of gamma+jets, Z+jets and W+jets, and the study of dijet events. Moreover, new developments have been made in the areas of tracking inside of jets, tagging boosted hadronic objects such as top quarks, W/Z bosons, and Higgs, and employing new techniques in searches for massive new particles decaying to Higgs. We are also involved in the precision measurement of the W+/W- production charge asymmetry as a test of the detector and QCD parton distributions, as well as unique W production mechanisms such as emission from a high momentum quark. Our group is also involved on measurements of the couplings and spin of the Higgs boson as well as several possibilities for physics beyond the Standard Model. 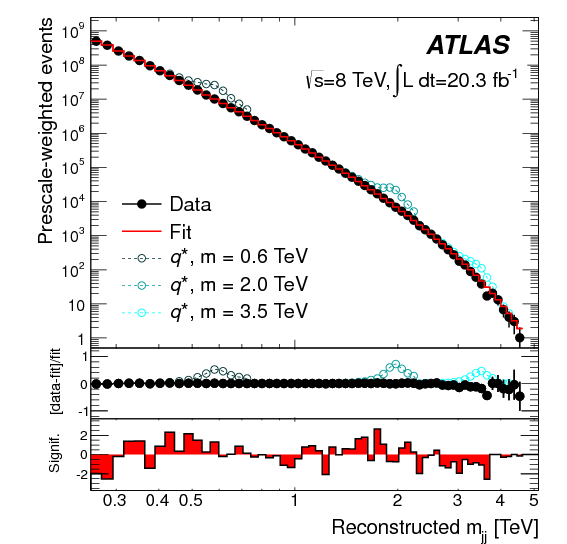 Event display from the H->zz analysis 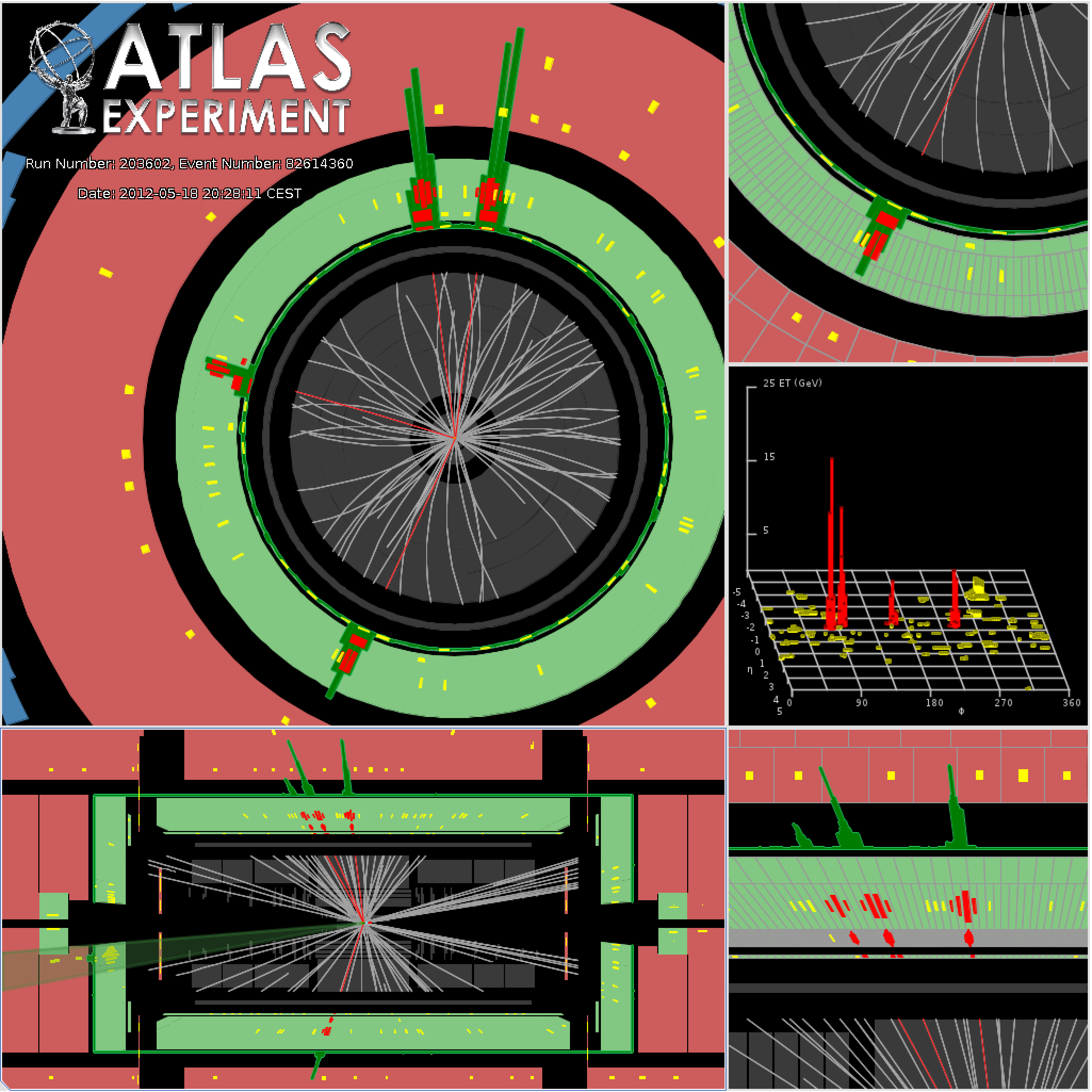